How I was arrested for handing out blankets to refugees

When violence erupted during the Syrian Civil War, Sarah and her family, like so many decided to flee to Europe. However, Sarah’s crossing to Europe made international headlines, when the overcrowded boat they were travelling on to Greece started sinking. As competitive swimmers, Sarah, her sister and two men, managed to save the 18 people onboard by swimming the boat to shore. A year later, Sarah returned to Lesbos as the first female Syrian volunteer to work with the Emergency Response Center International as a search and rescue swimmer and translator. During this interview with Kajal Odedra, the UK Director of Change.Org, Sarah speaks in depth about the experiences of returning to Lesbos to volunteer and what happened when she was then arrested after completing humanitarian work. To Sarah’s horror, she was charged by Greek authorities for human smuggling, being part of a criminal organisation, espionage and money laundering and spent 3 and a half months in jail before being released on bail. Although Sarah’s arrest and incarceration was heavily criticised by the Human Rights organisations and the press, Sarah’s arrest amongst other humanitarian workers reflects a hardening attitude of European authorities towards humanitarian activities that assist refugees and migrants. From a young age, Sarah and her sister Ysra, were competitive swimmers, coached by their father and hoped to compete on an international level. Sarah was also a law student when violence erupted in Damascus during the Syrian Civil War and the family fled. When Sarah eventually settled in Berlin, she decided to volunteer with the Greek non-profit, the Emergency Response Center International (ERCI) for 2 years on and off, putting on hold her university studies at Bard College in Berlin. Despite the case against Sarah still being open, Sarah has now resumed her studies at Bard College, where she also runs SHORE: Students Helping Organize for the Refugees of Europe, a student group collecting donations and raising awareness about refugees. This talk was given at a TEDx event using the TED conference format but independently organized by a local community. Learn more at https://www.ted.com/tedx 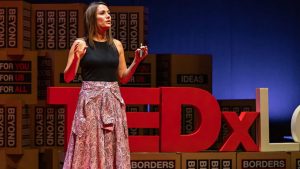 Beyond fake news: how to heal a broken worldview | Jodie Jackson | TEDxLondon 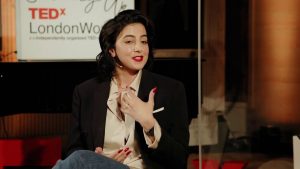 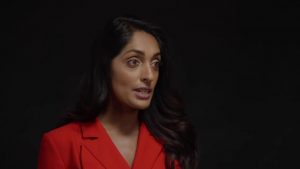