The Spirituals
Watch LaterRemove Cinema Mode
In an uplifting, joyous and empowering performance, The Spirituals performed three songs, “Wonder,” “The Future Starts Now”, and “Wade in the Water”. TEDxLondon was privileged to be one of the first to showcase a new, original song from their EP “The Future Starts Now”, which beautifully captures our power to speak out and help create a positive future. The Spirituals repertoire aims to celebrate Black history and music by weaving these important narratives into iconic and new spiritual anthems for our world today.
The Spirituals is a London based gospel choir that was formed in October 2020 by music artist, Junior Garr, and arranger and conductor, Marsha B Morrison. The Spirituals began by reimagining spiritual anthems for ‘The Black History Project’ music event, which led to recording their first EP, “Wade in the Water”, where they gained 11 million views online. Now, The Spirituals continue to reimagine spiritual songs and further EPs have been created alongside televised performances filmed in Lambeth Palace and the iconic St. Paul’s cathedral. This talk was given at a TEDx event using the TED conference format but independently organized by a local community. Learn more at https://www.ted.com/tedx 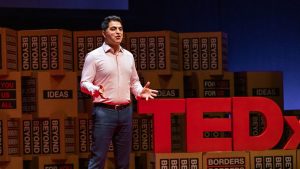 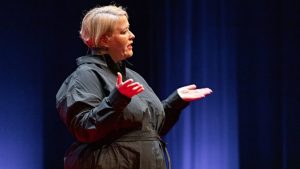 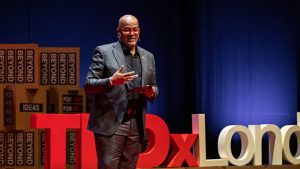