Why oceans are heroes, not victims

“We’ve just been talking about the ocean as a victim, but I believe that it’s part of the solution,” says ocean adviser for the UN, Susan Ruffo, on the latest episode of Climate Curious by TEDxLondon. They provide half of the oxygen we breathe, absorb almost a third of the world’s carbon and cover 71% of the planet. But, Susan argues, oceans get surprisingly little air time in the climate conversation. And given how many solutions its unexplored depths might provide to climate problems – that needs to change. Tune in with co-hosts Maryam Pasha and Ben Hurst live from TED Countdown to learn about why we must think of the ocean differently, what changing the chemistry of the ocean means for the creatures living in it, how oyster reefs are being used to reduce the threat of flooding and more. 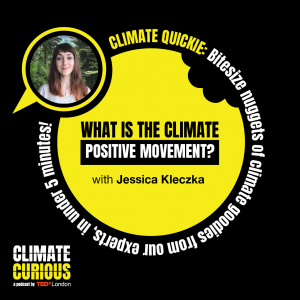 Climate Quickie: What is the climate positive movement? 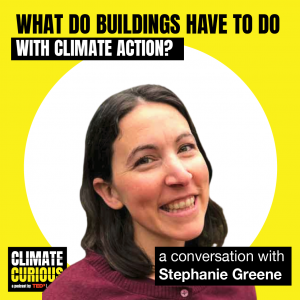 What do buildings have to do with climate action? 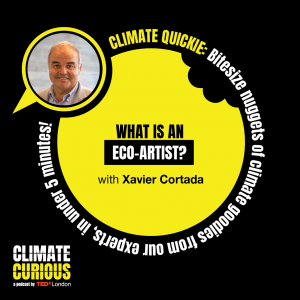 Climate Quickie: What is an eco-artist?