This one’s a real ‘good news’ climate story for you. On the latest episode of the Climate Curious podcast, animal scientist, Ermias Kebreab, shares how he’s making methane-filled gassy cows a thing of the past.

“Most people live in low income countries, and they don’t have access to high quality food,” says our very own Burger King, recorded live from TED Countdown. In our most uplifting chat to date, he shares his vision for reducing methane, which we’ve summarised here for you.

Eritrean Animal scientist is developing a green solution, sourced from that slimy stuff that gets wrapped around our ankles at the beach – seaweed.

Instead of cutting out food groups, let’s reduce the amount of methane-emissions that come from cows using… seaweed! Feeding cattle seaweed could drastically reduce global methane emissions, cutting into one of the biggest sources of greenhouse gasses which traps heat at a much higher rate than other gasses, such as carbon dioxide.

“It’s like yakult for cows,” Ben succinctly puts it.

Scientists have long known that cows are a huge source of greenhouse gasses, contributing up to four percent of emissions globally each year. And since people are not adopting a plant-based diet on anything near the global scale required to reduce these emissions, we need to find ways to make cows less — ahem — burpy.

Following lab and field research, Kebreab and his colleagues discovered they could cut methane emissions from cattle up to a staggering 98 percent with the proper combination of organic feed and seaweed. This is due to the plants having some power to reduce the amount of microbes in the stomach that are responsible for methane production. Plus, he’s devised ways to feed it to dairy animals in a scalable way.

And it’s not only seaweed that works. Garlic, cinnamon, citrus, even curry works to reduce the methane! Sounds counterintuitive, right?

Who knew that the answer to eating more beef burgers lay in that slimy smelly stuff that gets wrapped around our ankles at the beach?

On a serious note, Ermias’s seaweed solution exemplifies how climate solutions are right there in nature, waiting for us. We don’t always need the latest climate tech to discover new methods.

“What I’m trying to promote is a sustainable use of food all round“.

The best bit? Increased accessibility to vital animal source foods for lower income communities who rely on the nutrients for health, in particular children.

“This is a really important example of finding solutions in the communities where people are impacted by the issues.”

If children don’t get nutrient dense food and micronutrients like iron, zinc and manganese, they can become stunted. Meaning they will never get to their potential.“It’s a lifetime sentence,” Ermias tells us, setting up the context for his research – cutting out food groups is not an option for some people who do not have access to nutritional supplements.

Ermias’s fierce defence of nutrition for all, a more equitable to sustainable food mindsets and protecting the development of kids and pregnant women is an argument we cannot ignore: “I come from a low income country, one of the poorest countries in the world, and getting animal source food, like milk and meat and eggs, is a luxury,” he shares

In this conversation, hosted by TEDxLondon’s Maryam Pasha and advocate and activist Ben Hurst at TED Countdown in Edinburgh 2021, Ermias explains how he’s making methane-filled gassy cows a thing of the past, how seaweed can be cow’s secret sauce to sustainability, and how the best solutions are right in front of us and available to everyone!

It’s an inspiring vision for the future where nature works in harmony with nutrition.

Until next time – stay curious!

How can I listen? 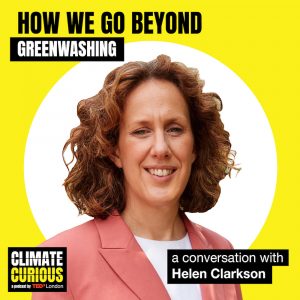 How to go beyond greenwashing 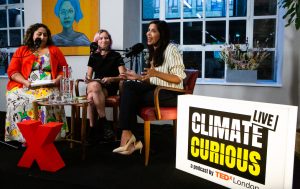 How to solve the cost of living crisis