Reaching out in London to welcome in

A new team, a new vision. TEDxLondon is back on a larger scale and with more bite and vigour than ever before. With our Salon event kickstarting a line of exciting events we have planned for the year, we want to share an insight into some of the work we put in behind the scenes in order to create experiences that represent our city in all its true colours. 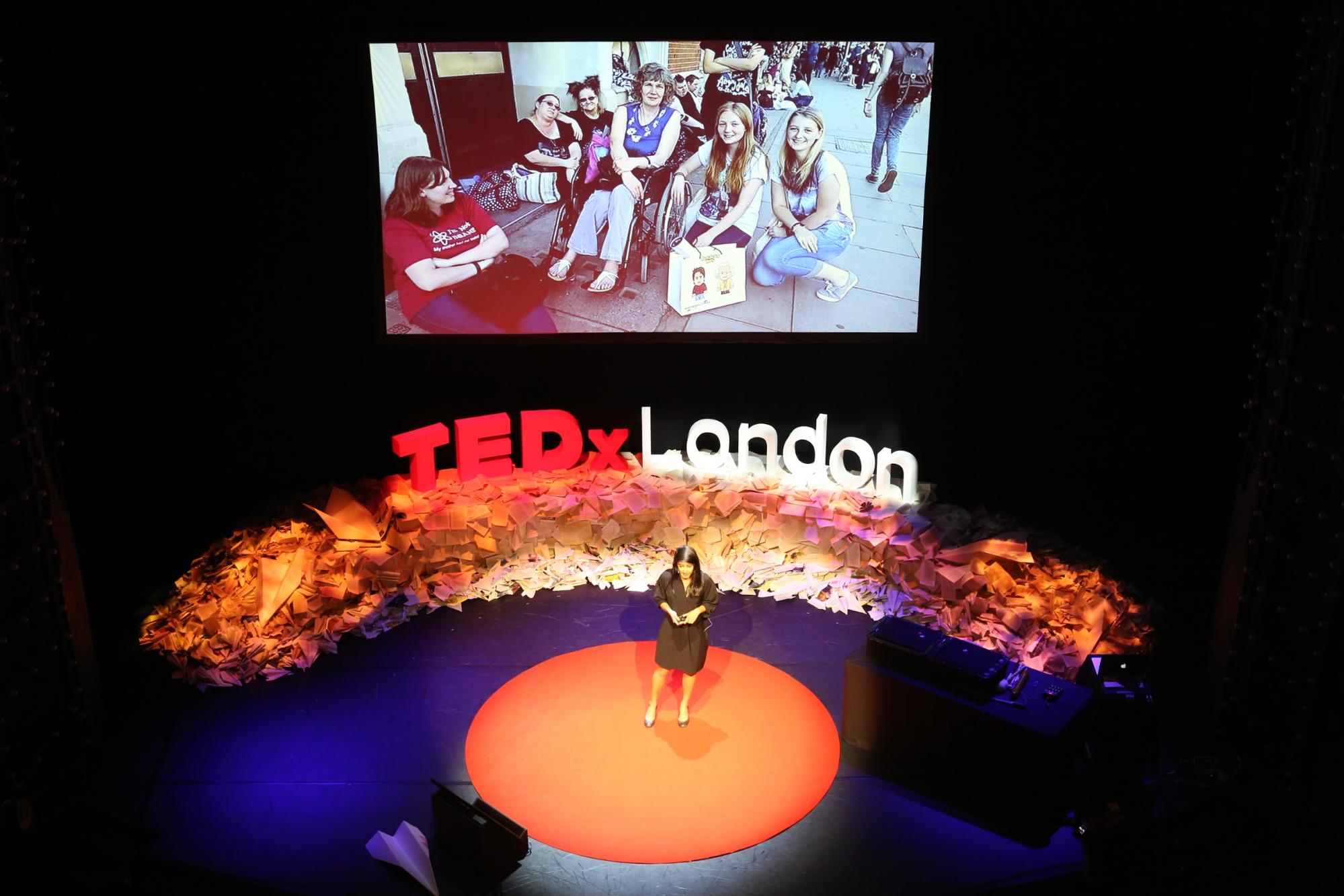 Representation matters. Glossy personalities of every shade and hue, varying in age, sexual orientation and social background now grace the covers of British Vogue and we would be forgiven for feeling that we can now sit back and relax. Change has arrived…because it is visible. Or has it?

At TEDxLondon, behind-the-scenes and off stage, our workforce reflects the melange that makes up our city. The TEDx mission has always been to promote dialogue and discussion amongst the locals, various industries and cultures. However, if the quiet mavericks, activists and little known campaigners are shut out from live conversations by virtue of circumstance or financial disadvantage, are we entitled to say that we are actually ‘spreading ideas’?

In today’s world, discussing ‘inclusion’ induces prolific eye rolling in many circles. The pressure to cover all grounds when selecting speakers, entertainers or panellists often eclipses the need to ensure that all local communities are aware of and more crucially have adequate access to, a paid event. The larger and more prestigious an occasion, the greater the danger of a growing divide between the grassroot individuals and groups who have the potential to make a valuable contribution to our programmes. It is exactly these participants who can create impact and relay powerful lessons and knowledge within their own networks for the growth and development of not just individuals, but our society as a whole. 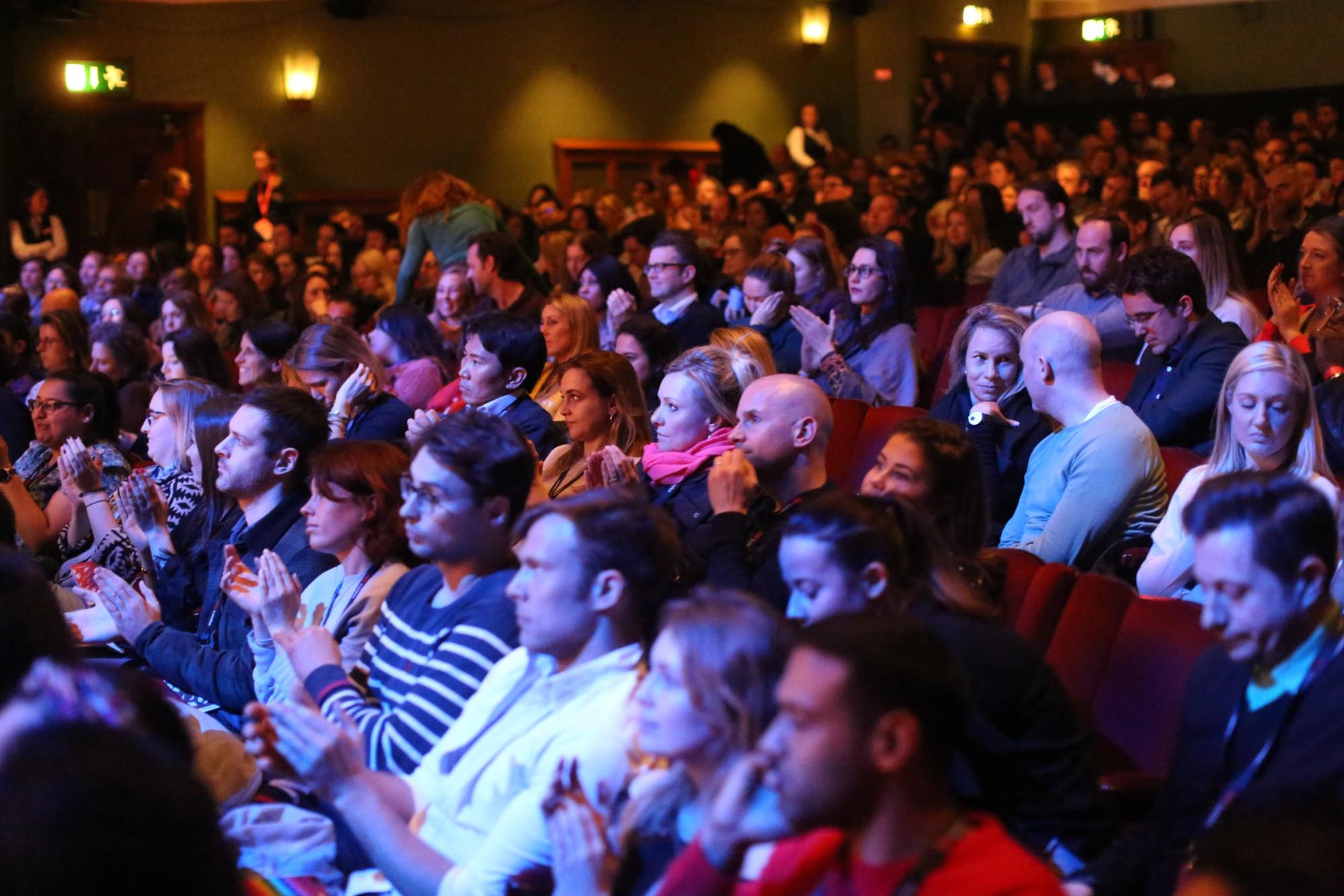 TED Talks have been available online since 2006 to provide access to all. However, is it fair to create a system where those slogging away to create change for little or no money are obliged to tune in at home when others who are in the know or have the money to engage can enjoy the experience firsthand? Our theme this year is ‘Beyond Borders’ – it would be incredibly ironic if our audience only mirrored the echo chamber of our social media feeds.

More work can always be done. We run a community outreach initiative to invite people and NGOs to our talks who would not normally have the opportunity to take part. I spoke to some of our guests who we invited to the TEDxLondon Salon event that hosted over 800 people at Piccadilly Theatre.

You Make It is a mentoring groups for girls from underprivileged backgrounds. They empower females from struggling communities to regain control of their lives in sometimes incredibly challenging circumstances. Many of the girls have not visited other parts of the capital that they have grown up in and idea of attending a TED talk, that they have previously only had access to online, can be daunting.

Sherin Adam works part-time in an art gallery and attended the Salon event. She said, “At first I was very nervous…and never thought I would ever get to go to one.” She explained why she decided to take up the invitation after an incident near her home. “Just two weeks ago outside my flat, a young boy got stabbed and there was a drive-by shooting down the road in Mile End, we need to hear different ideas on how to tackle this problem.”

Although the topic of rising knife crime in London was not on the agenda on this occasion, if we fail to include Londoners who are living through the difficulties we face in our local or neighbouring areas, how will we ever jointly draft and formulate solutions that help address the deadly dangers that affect us all?

Another You Make It girl, who preferred not to give her name said that she felt anxious about attending the talks, admitting to a feeling of unworthiness. She said she worried she would be out of place in a room full of people very different to her – “intellectual types”. London may be a vibrant and multicultural city, but in many areas we live side-by-side, not with each other and it is easy to forget how ‘the other’ may feel about the prospect of mingling with communities starkly different to their own.

Nosrat Fata, a support worker at the Iranian and Kurdish Women’s Rights Organisation (IKRWO) was also in the audience with some of her colleagues. Her workplace supports Middle Eastern and Afghan women facing violence in their daily lives. Nosrat said the women are often stuck in cycles of abuse with a overriding sense of despair. She said she had not heard about the event and would not have come along had it not been for an offer to take part.

“What I found amazing was listening to different people’s perspectives. There was a lot of hope in their talks. Some of the speakers, like the Syrian refugee, Faraj, went through many bad things, but out of these experiences, arose something very good. I feel I can share these stories with my clients – explain the stories that I heard and use them as examples of people who have turned their lives around . The talks gave me a lot of information to share with the women…little changes can make all the difference.” 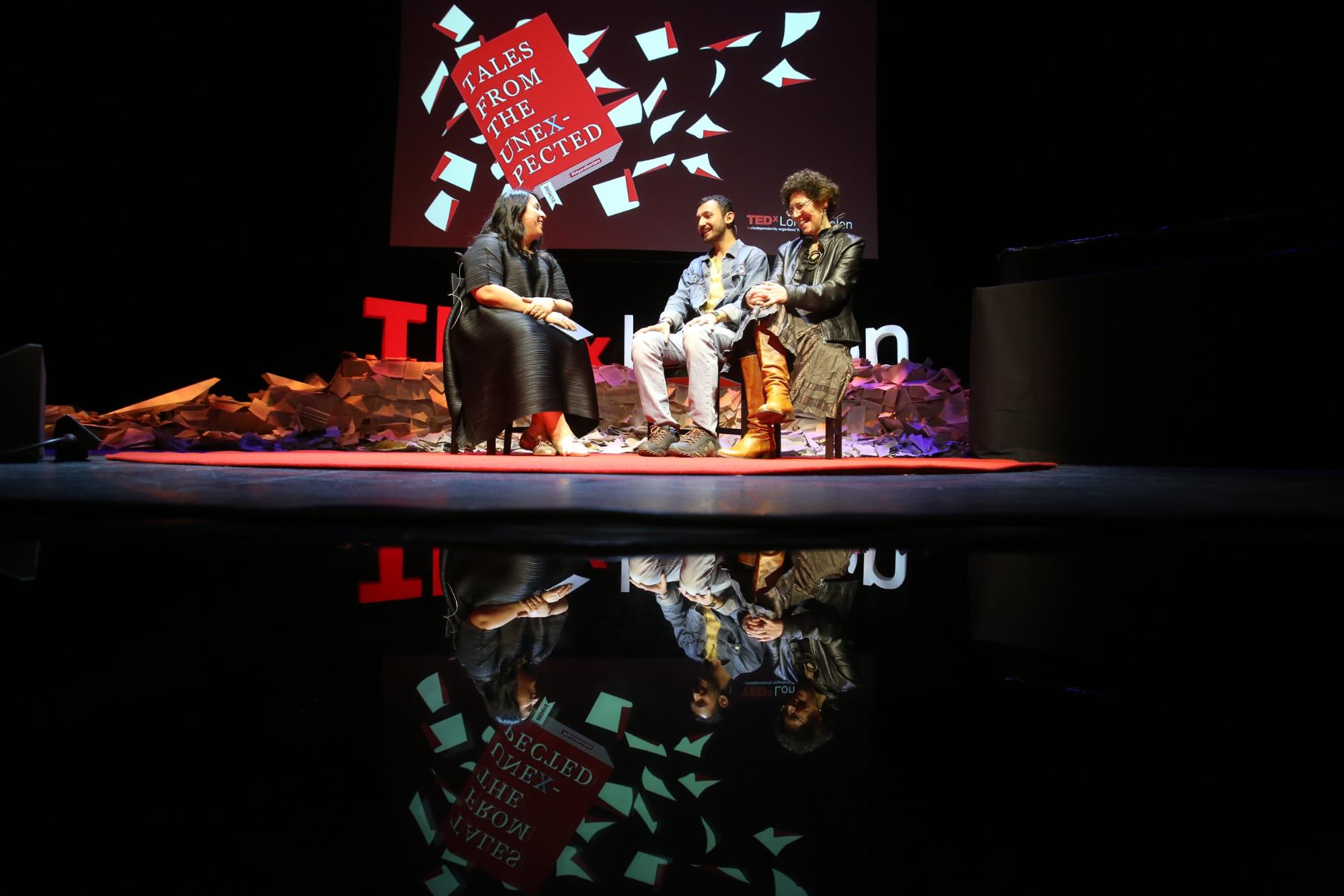 The Salon theme was ‘Tales from the Unexpected’, so unsurprisingly, the interview style discussion featuring Shoshana, a Jewish lawyer from Cambridge who has offered her home to a gay Syrian Muslim refugee, Faraj proved to be popular with attendees. Some said they hoped this was just the beginning of large scale storytelling opportunities for refugees in London. Many refugees like Faraj who have arrived in the UK are barred from working, accessing financial assistance or taking up study.

Alessander Sciarra, an Office & Volunteer Manager at Lewisham Refugee Migrant Network said she was moved by Faraj’s explanation of how he arrived in the UK but insisted she has become accustomed to listening to more harrowing tales.

“It’s a shame more people in this situation are not given a platform. Migrants have now been separated into ‘good migrant/bad migrants.’ Many of these people are caught in a never-ending loop where they can’t legally work, they don’t have access to childcare, they’re stuck. People need to listen to these real life stories. There’s a lot of migrant fatigue…people don’t want to hear about sad stories like these on the weekend. But by coming to an event like this and actually engaging – they realise there is hope.” 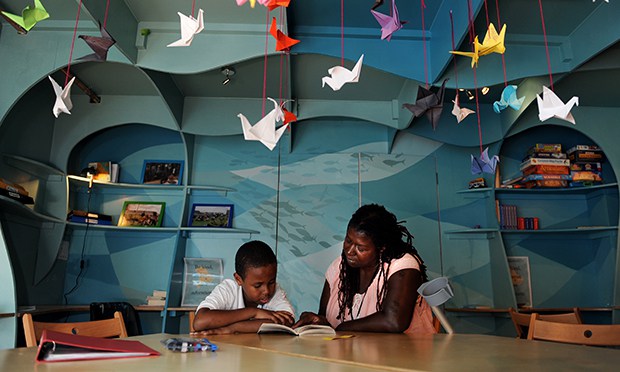 If London’s youth hold the key to the capital’s future, then we must value the contribution being made by volunteers assisting students struggling at school. Although latest figures show the attainment gap between richer and poorer children in London is narrowing, more work still needs to be done create a level playing field. With school funding by the government in crisis, voluntary organisations around the city such as the Hackney Pirates are doing all that they can to plug the gaps. Laura Marney, who is the Head of Trading and a Business Development Manager attended the Salon with some of her colleagues. Her enterprising charity empowers young people in Hackney through help with literacy. She said that in the future, she would like to encourage some of the older children and their parents to visit central London. However, she went on to explain that it would be difficult because the majority of the students have never travelled further than the streets where they live.

Whilst travelling into the city may not be an obstacle for some, the importance of identifying with speakers and being able to relate to their experiences is. Chloe Lee, a sixth form student from North London took up our offer to attend with her mother through the Stemettes, an organisation that inspires girls to take up STEM. New research carried out by YouGov on behalf of Vodafone suggests that it was not interest in these subjects that is holding girls back, but a lack of confidence.

Chloe shared useful feedback for future events, saying that the audience should always be able to identify with some of the speakers. “I think you should continue to invite “normal” people to give talks as this inspires “everyday” people like myself to realise how you don’t have to be big and famous to have an impact.”

These conversations provide a snapshot into the variety of the participants who enrich our talks and will no doubt be behind some of the positive social impact London will enjoy in years to come.