Hot Poets is a UK based but internationally focused project about powerfully communicating climate change science and action through spoken word poetry. The real stories of ingenuity and hope that we don’t get to hear.

In collaboration with the Met Office, London School of Economics, the RSPB and nine other climate change partners, Tongue Fu, Chris Redmond and Liv Torc manifested Hot Poets – poems of agency and action for COP26 and beyond. We commissioned 12 of the UK and South Africa’s leading Spoken Word Artists to work with scientists, climate educators and engineers from leading environmental organisations and charities across the world. All 12 poets were tasked with creating a scientifically accurate, accessible and engaging poem about the work of their partner organisation – that were professionally filmed and released, one a day, throughout COP26.

In this mix of talk and poetry performance, you’ll hear each poet share their piece inspired by their specific climate project. Hear Zena Edwards explain the importance of women planting trees on the Equator. Listen to Liv Torc explore the river flooding in Somerset. And finally, find out why geologists are a source of hope with Francesca Beard. Hot Poets brings poetry and science together to imagine a better possible future. Collaborating with the Met Office, the London School of Economics, the RSPB and nine other climate change partners, Hot Poets share poems of agency and action for climate change, written by 12 of the UK and Africa’s most well-known spoken word artists. This talk was given at a TEDx event using the TED conference format but independently organized by a local community. Learn more at https://www.ted.com/tedx 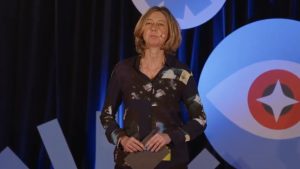 The world’s most neglected war crime 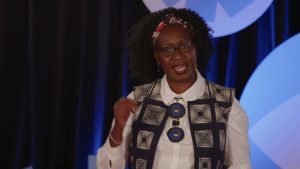 Why climate change is a code red for girls 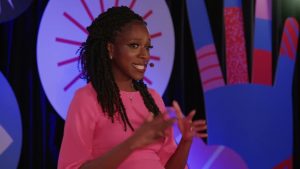